James B. Earthman Sr. began his business in 1889 with a commitment to a high standard of service, and throughout our 125-plus-year history, we’ve continued to lead and innovate while maintaining that standard. Earthman Memory Gardens Cemetery is honored to uphold his heritage and commitment to providing Baytown-area families the finest cemetery services. 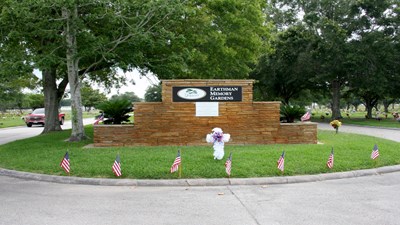 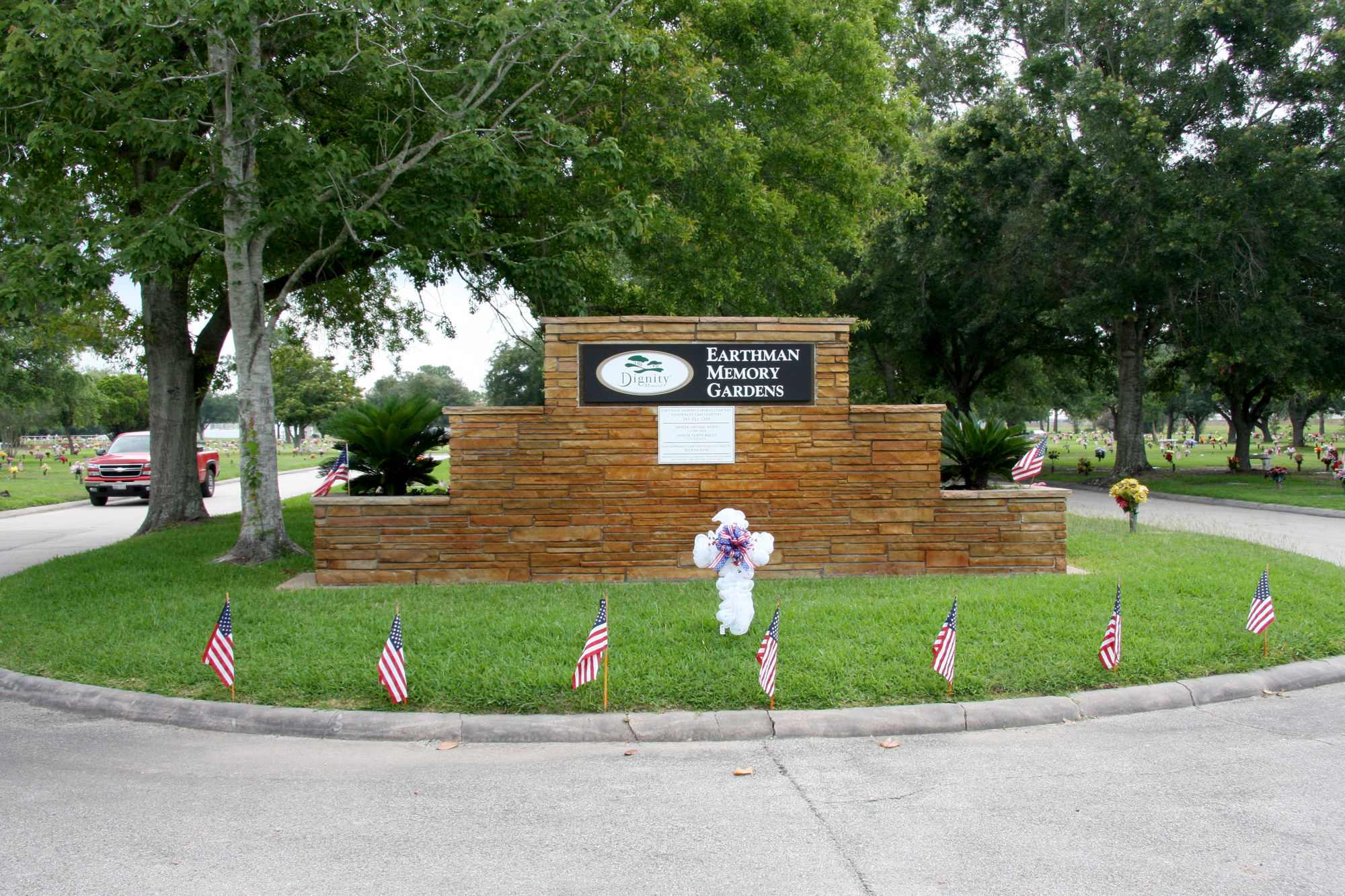 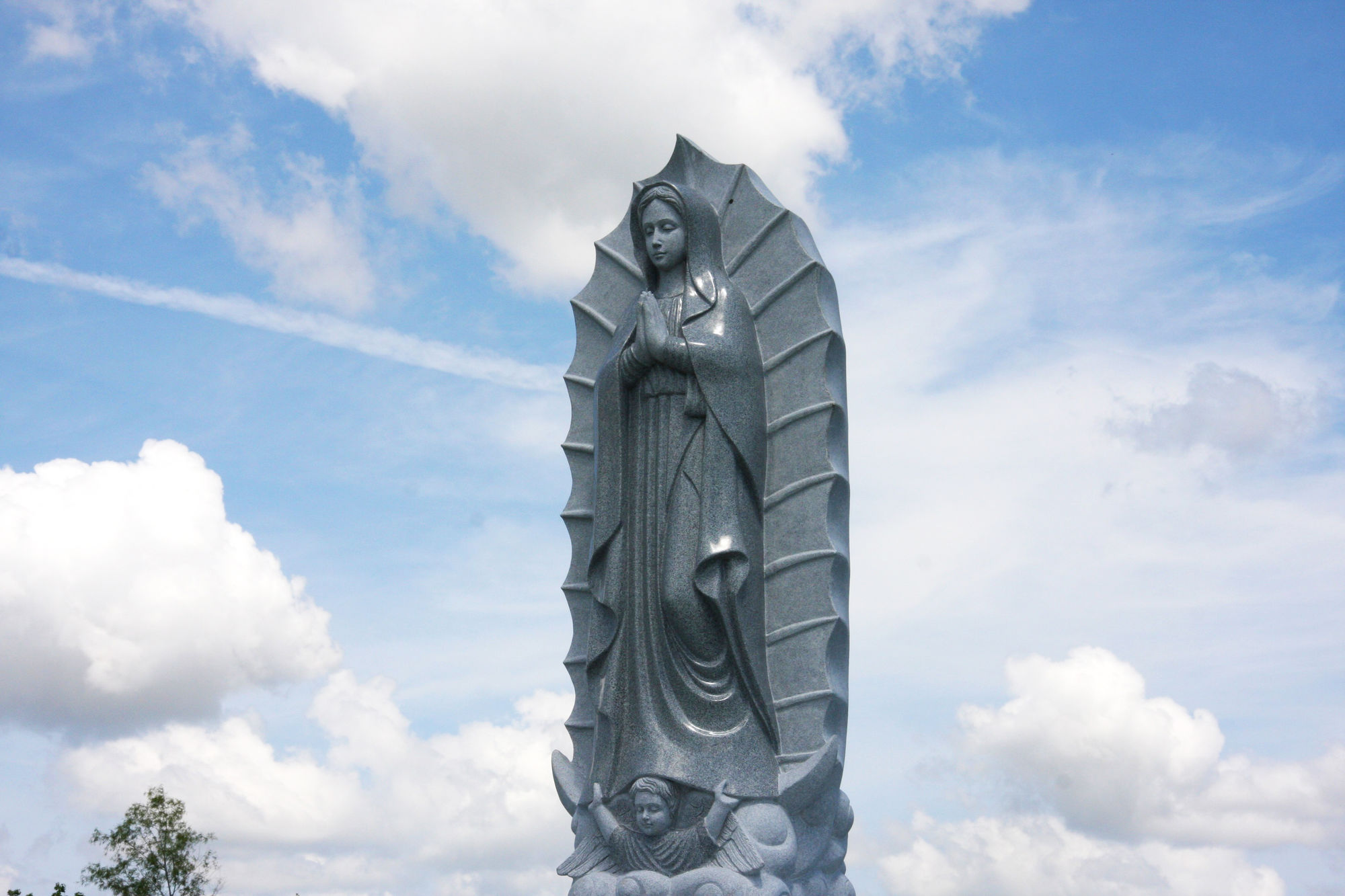 Plan ahead and protect the people you love. Up to 15% off prepaid cemetery and cremation property. Act now.

Our peaceful Garth Road cemetery, also known as Baytown Memorial Cemetery, offers a range of burial options, including traditional in-ground burial, a columbarium for cremations and above-ground entombment in a beautiful mausoleum.

As a member of the Dignity Memorial® network, Earthman Memory Gardens Cemetery gives you not only the warm, familiar attention you expect from a locally operated business, but also the value you deserve from North America's largest network of funeral, cremation and cemetery service providers. Please contact us to learn more about our services.

The cemetery is affiliated with Earthman Baytown Funeral Home, a modern facility that is 4.5 miles south. With a large chapel, the funeral home has plenty of room for a gathering with friends and family. The professional funeral home team is trained to listen carefully, anticipate your needs and help you design a personalized funeral or memorial service that celebrates a unique life.

James Bradshaw Earthman Sr. was a blacksmith and livery service provider in Taylor, Texas. The town of Taylor purchased a horse-drawn hearse, and as proprietor of the livery stable, James was frequently asked by the townspeople to assist with their funeral needs. Beginning in 1889, providing funeral services became James's full-time profession.

In 1904, James and his friend, railroad surveyor J.C. McCarty, moved to Houston and established the Earthman and McCarty Undertaking Company at 715 Main St. The company prospered and, in 1924, moved to 2420 Fannin St. After J.C.'s death, the company became J.B. Earthman Company.

The next generation takes over, J.B. and Blanche

After the death of James in 1931, his son, James B. "J.B." Earthman Jr., a graduate of St. Thomas High School and Rice University, left his successful architectural career to manage the company. Blanche Bastien Earthman (J.B.'s wife) assisted with the daily operation of the business. Blanche was a notable individual, especially when you consider the social restrictions placed on women of the era. In fact, Blanche was one of the first women in Texas to become a licensed funeral director.

J.B. was a pioneer in advanced funeral planning, founding a burial insurance company in the 30s. Together, J.B. and Blanche built Earthman Funeral Directors & Cemeteries into one of the largest family-owned and operated funeral companies in the United States. Their children and grandchildren continued to manage and expand the business, adding new locations throughout the community.

Bringing the business to Baytown

In 1948, the couple opened a new location in Baytown, setting up in what was the downtown area at that time. A few years later, in 1953, they opened our sister location: Earthman Memory Gardens Cemetery on Garth Road in Baytown. The first burial took place there in April 1954. In 1978, they moved Earthman Funeral Home to its current location, 4.5 miles south of the cemetery, also on Garth Road.

James B. Earthman Sr. began with a commitment to a high standard of service, and throughout our history we’ve continued to lead and innovate while maintaining that standard. Everyone at Earthman Funeral Directors & Cemeteries is proud to uphold his heritage and commitment to our community.