At Werst & LaBella Funeral Home, we have provided funeral and cremation services for the Glendale neighborhood of Queens, New York, since 1901. For more than 100 years, our commitment to families has remained unchanged and yet, our funeral home and cremation services have always responded to the changing needs of the Queens and Brooklyn community. 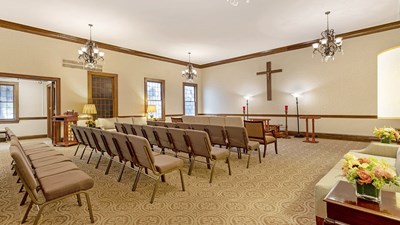 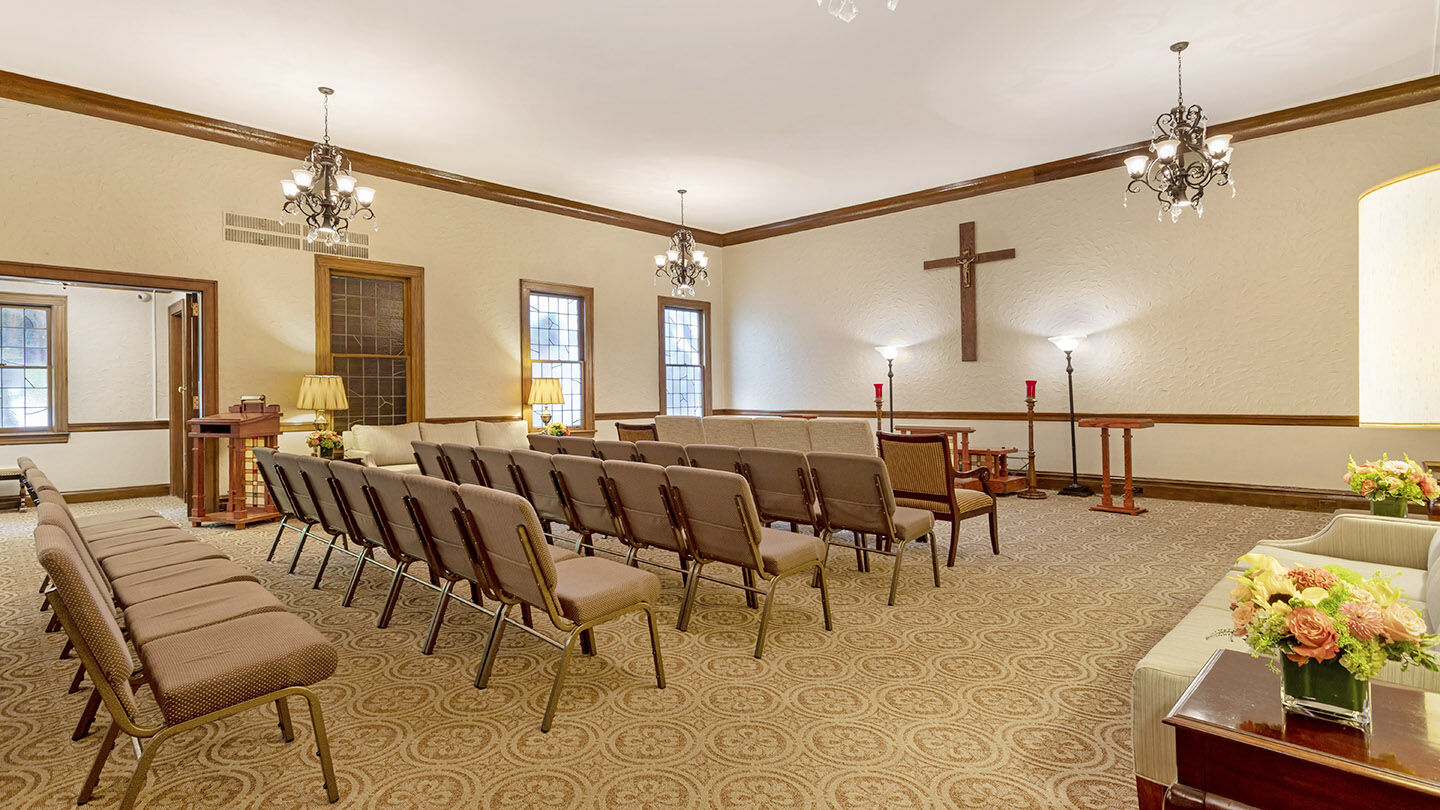 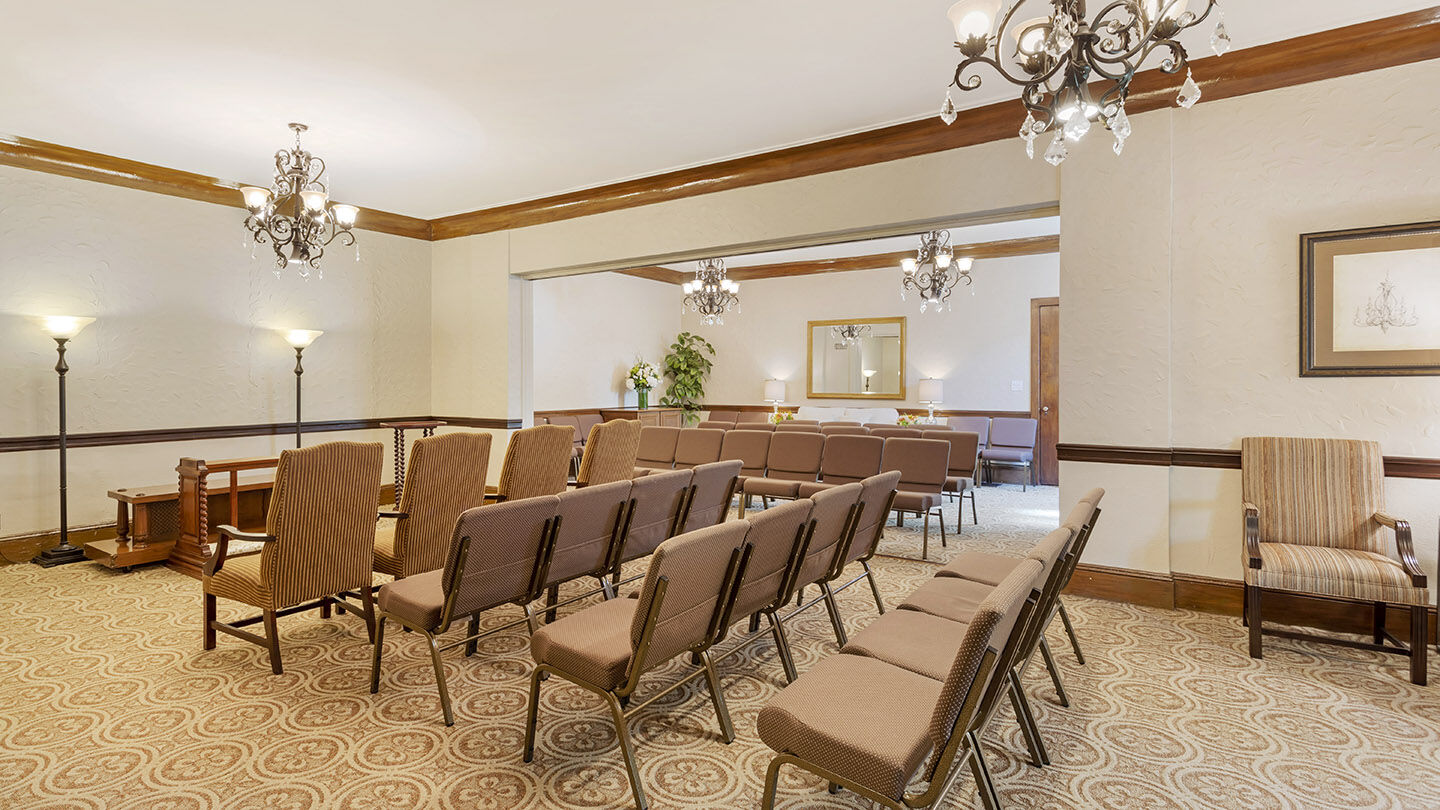 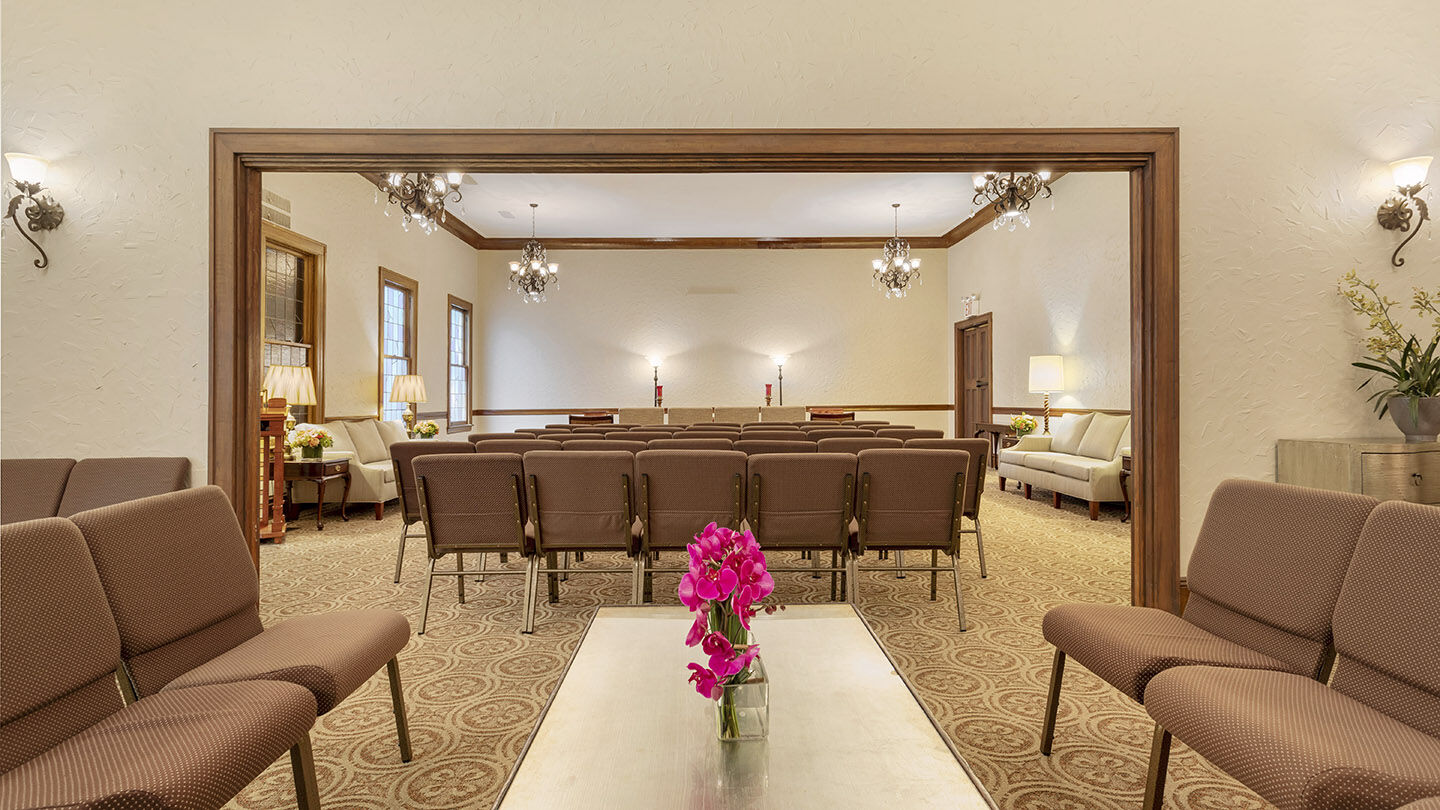 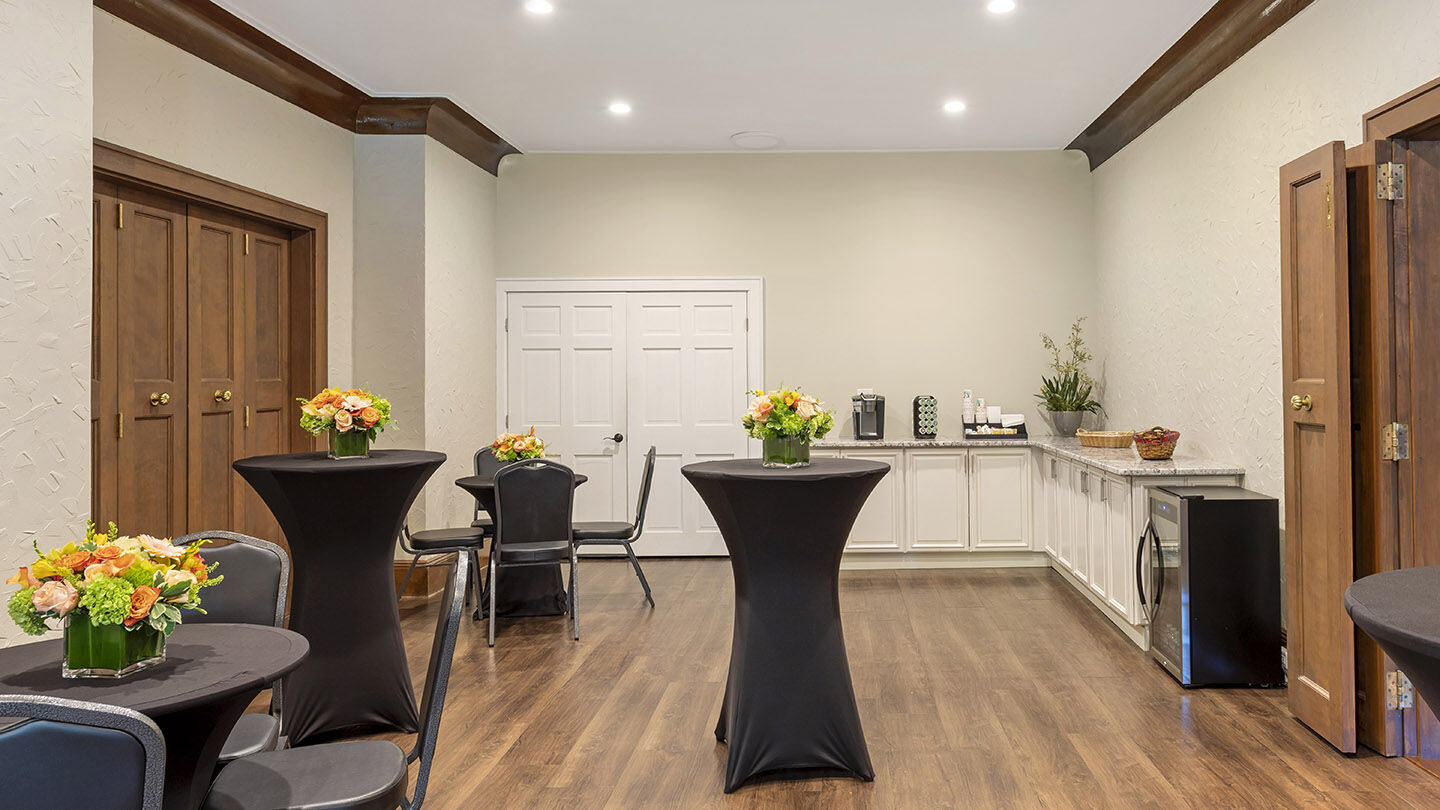 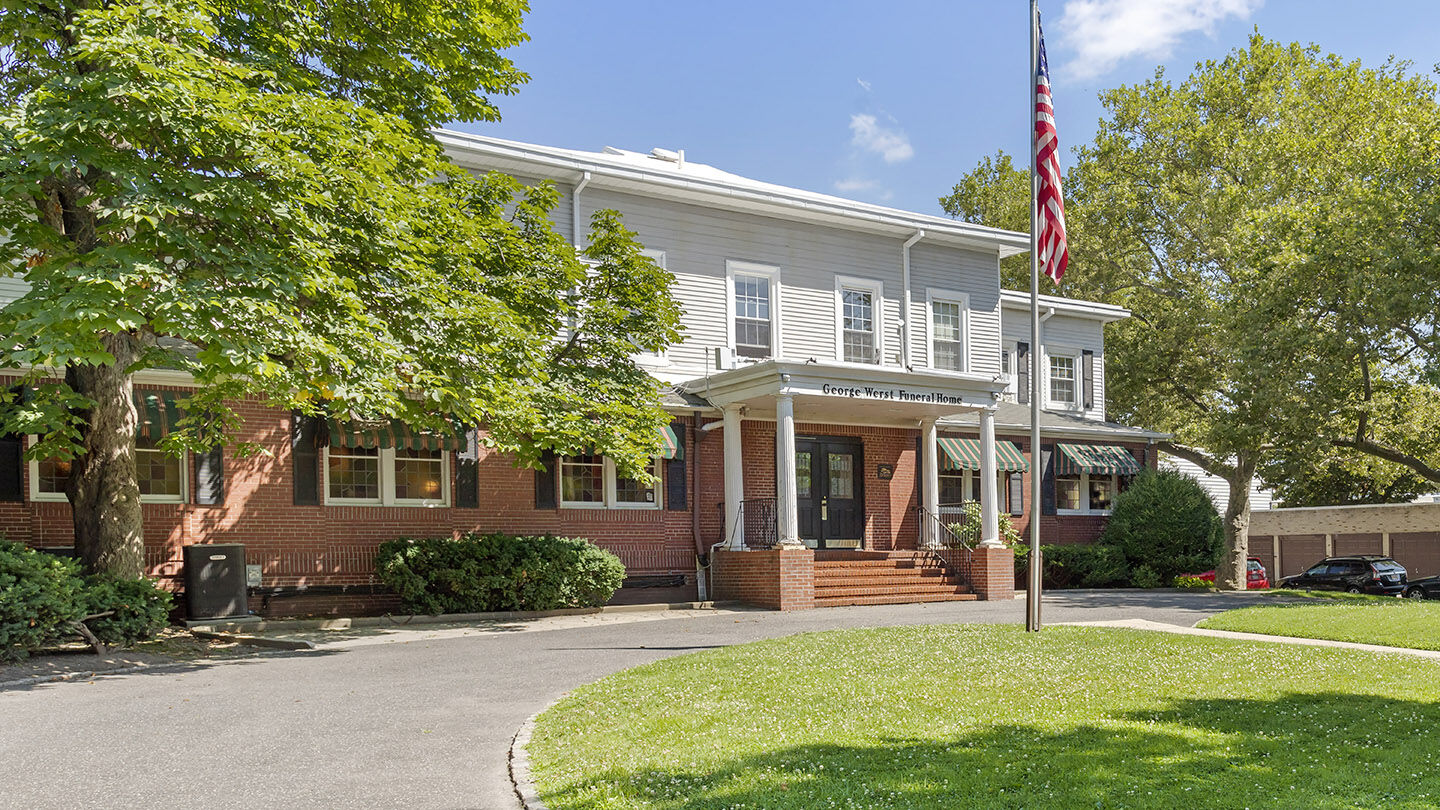 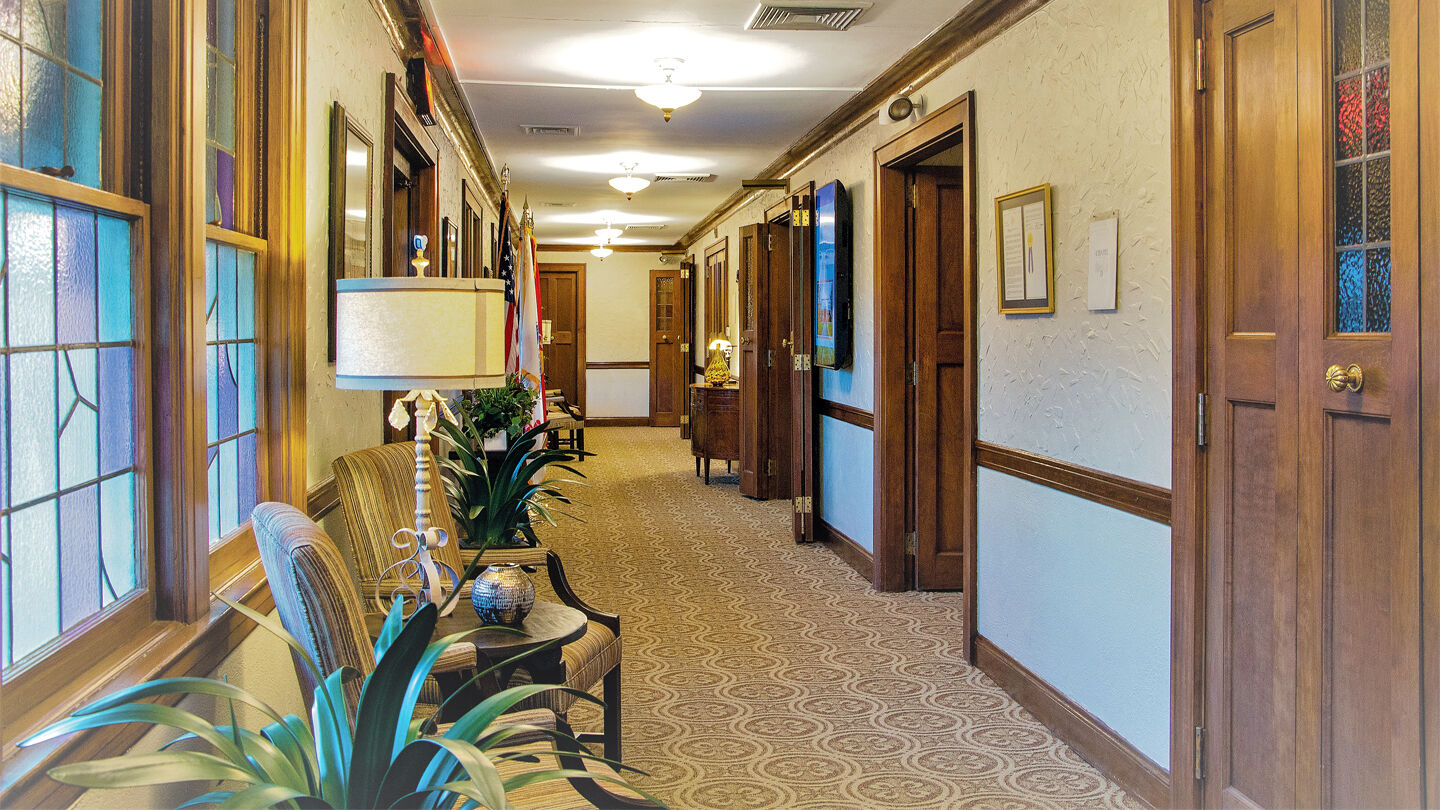 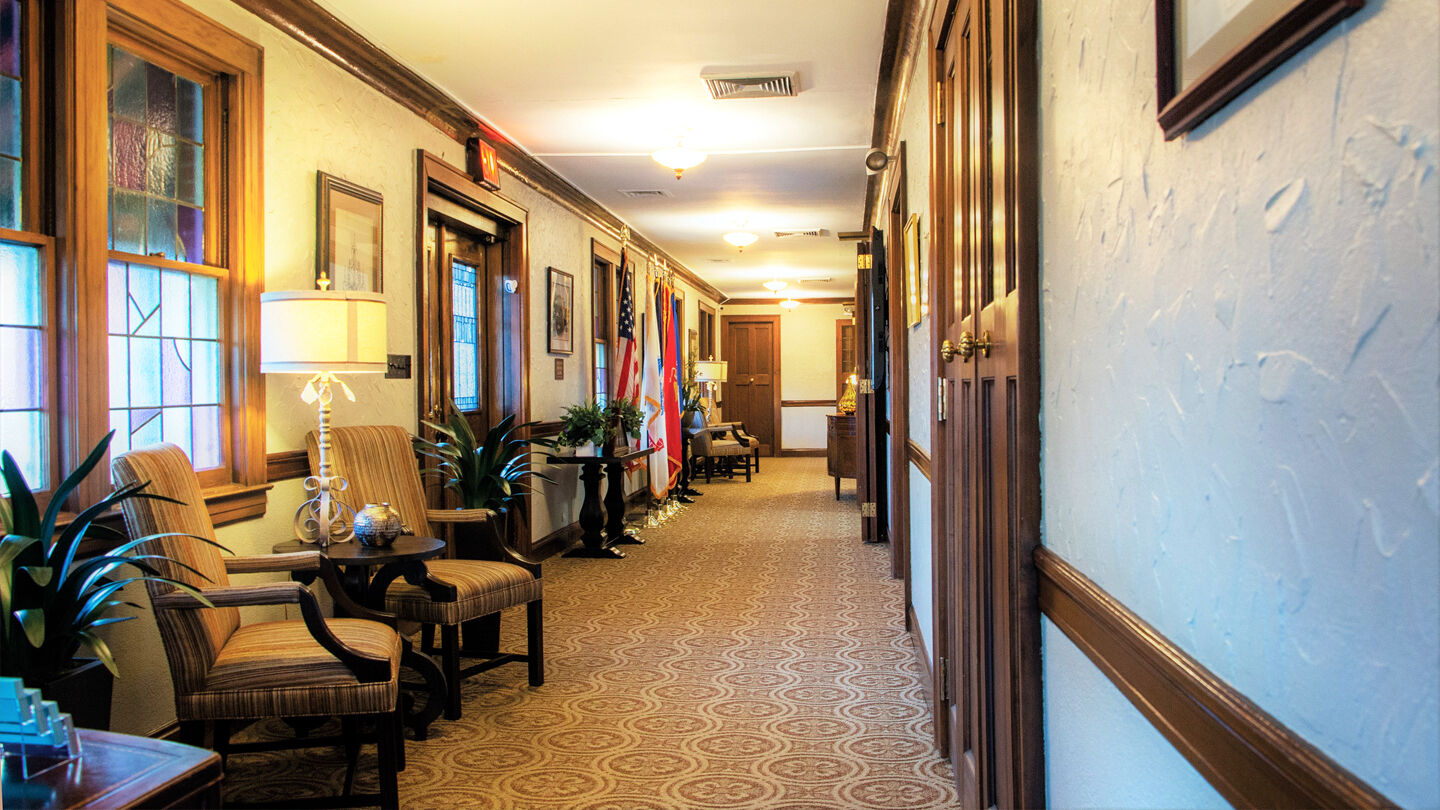 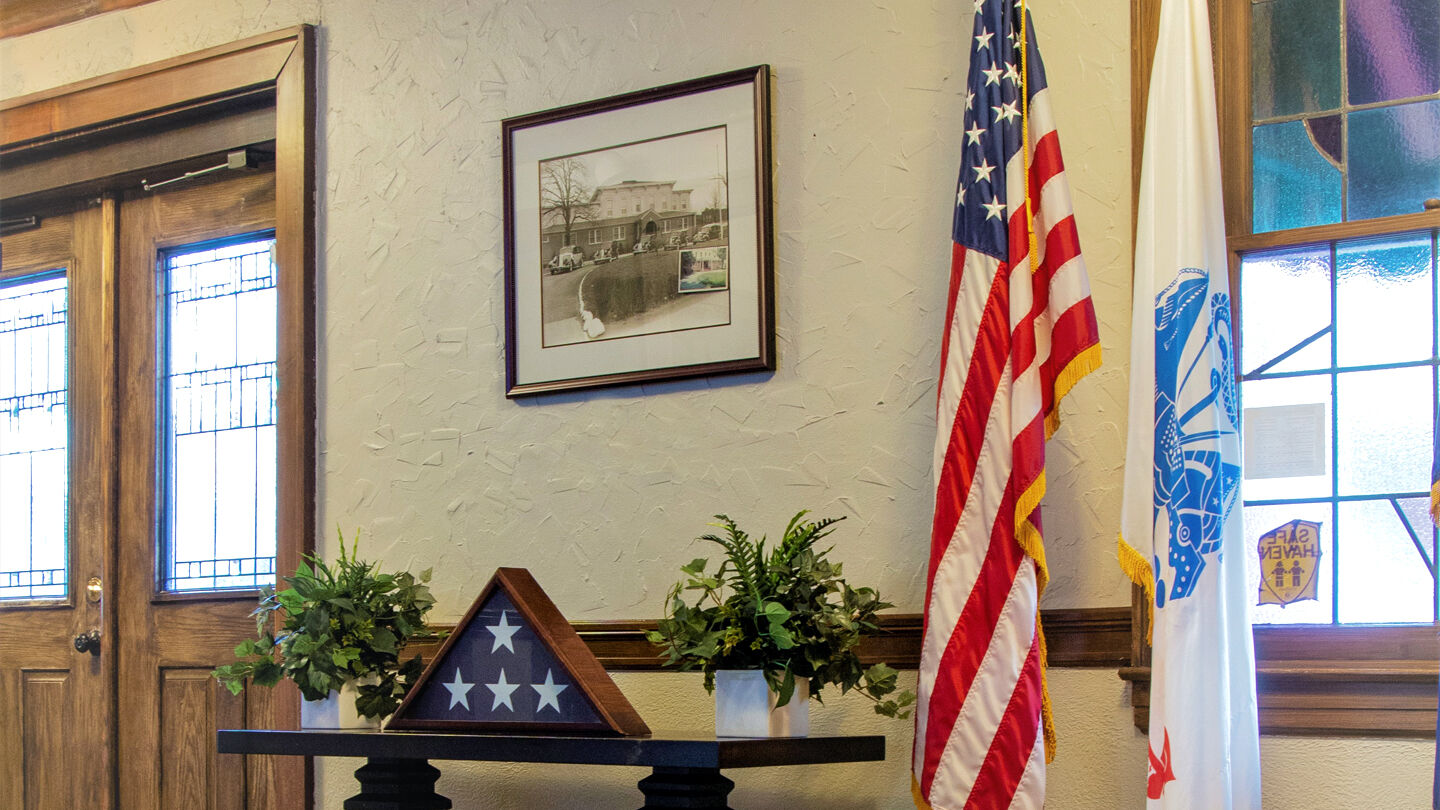 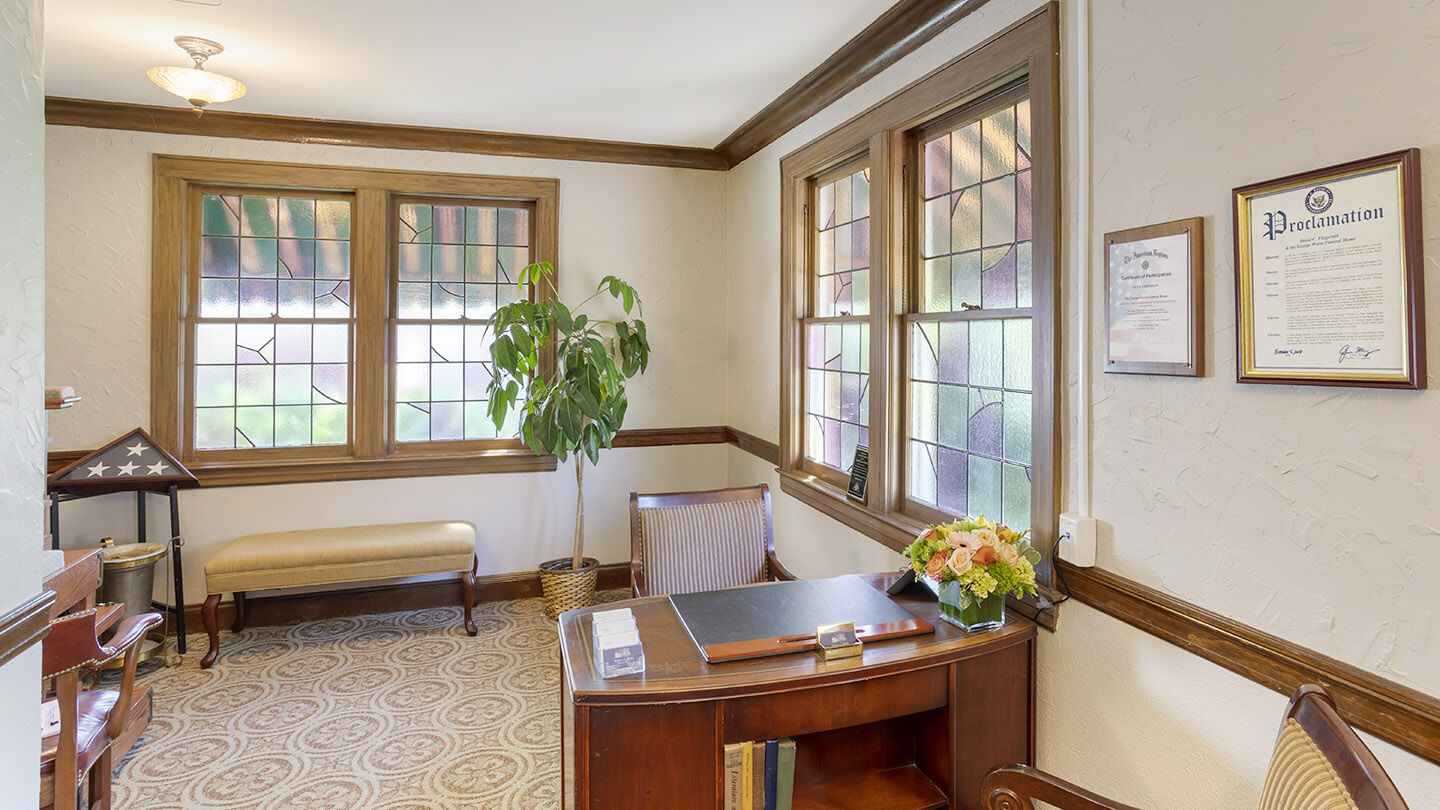 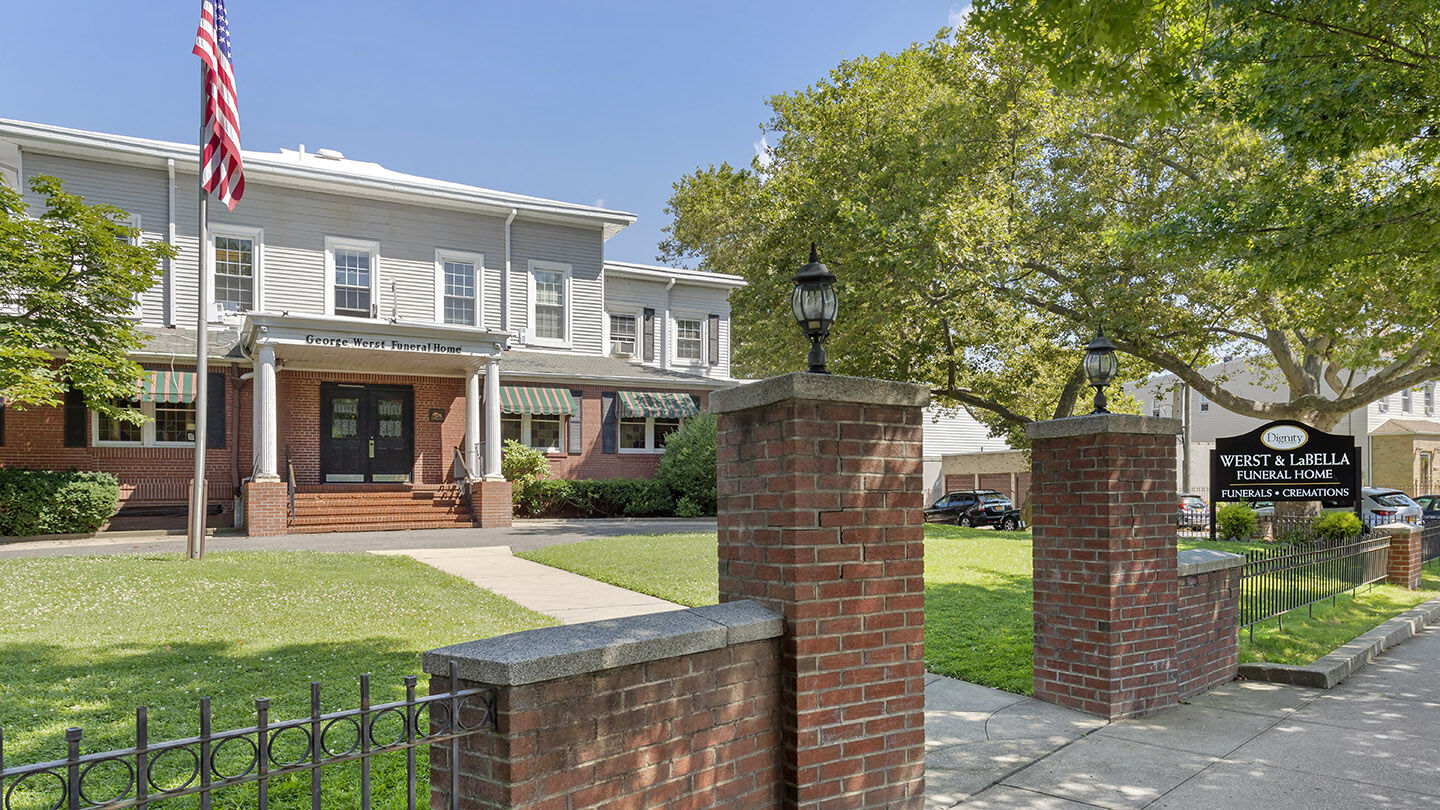 Located at 71-41 Cooper Avenue, our funeral home is recognized as one of the oldest structures in Queens. Our one-of-a-kind mansion-style facility is situated on an acre and boasts a circular driveway. The building has undergone several major renovations and upgrades over the years, yet has maintained its original grandeur and history—including an underground well which provides water for our lawn sprinklers and air conditioning system.

At Werst & LaBella Funeral Home, we understand the unique needs of America’s veterans and their families. As a Level Four Founding Community Partner with We Honor Veterans, we are honored to serve our nation’s heroes and take this responsibility seriously. We have taken steps to ensure our staff is knowledgeable of all the benefits available to military veterans and their families.

Whether you need a traditional funeral service or a customized celebration of life, we will listen to your needs and desires and will do everything we can to meet your expectations. We serve families of all faiths, backgrounds and religions and are proud to be a member of the Dignity Memorial® network of funeral, cremation and cemetery service providers.

From farmhouse to private golf club

Established in 1901, the historic building where Werst & LaBella Funeral Home is located today was originally a large farmhouse. The farmhouse was built in the 1850s by John Siney on land purchased from his father-in-law, Nicholas Wyckoff. The Siney family owned and operated a stage coach line, which ran along Myrtle Avenue (then known as the Plank Road) in Glendale, Queens.

In 1886, the house was sold to Henry Meyer, a Brooklyn grocer. Soon after, Henry established his own tobacco business and within a few years, Henry’s “Ivanhoe Tobacco Co.” became a major industry in Glendale. In fact, Ivanhoe Park is named for Henry’s tobacco brand. Eventually, Henry became part of L&M (Liggett & Meyer) Cigarettes.

Henry sold the building 10 years later to Edward Bourcier for $8500. By 1906, the building was being used as a private golf club for Forest Park Golf Links, which opened that same year.

From golf club to speakeasy to funeral home

By 1924, it was being leased to the Glendale Square Club, a Masonic organization. It was around this time—in response to the introduction of Prohibition—that the building became known as a local speakeasy. Funeral home staff members recall stories from elderly neighbors who would reminiscence of patronizing the premises back then. After several raids, New York City Mayor LaGuardia had the illegal business shut down and put the property up for auction. The George Werst Funeral Home, which had been operating on Hart Street, in Brooklyn, purchased the building at that time.

In 1937, shortly after moving their undertaking firm to Glendale, George Werst conducted services for local resident, Sergeant Major Daniel J. Daly. Sergeant Major Daly was one of the most decorated (enlisted) members of the United States Marine Corps. He was the recipient of 2 Medals of Honor, a Navy Cross, Distinguished Service Cross and more.

In 2004, the Marine Corps was able to trace Sergeant Major Daly’s relatives (he never married) using George Werst’s original records. Later that year, Daly was honored with a U.S. postage stamp and a statue in Great Neck, Long Island, New York, with his descendants present. Our staff was invited by the Marine Corps to the dedication of Daly’s monument.

In 1991 and 2018 respectively, George Werst Funeral Home and Walsh-La Bella & Son became part of the Dignity Memorial Network® of funeral, cremation and cemetery providers. Now named Werst & LaBella Funeral Home, we continue our founding traditions of providing exceptional service and professionalism to the people of Glendale and Queens.

"My mother was in hospice care. When she passed and confirmation was made by hospice who contacted the funeral home, my mom was picked up within 90 minutes in the middle of the night. It is a 24 hr s)..."

"Werst has always handled all of my families interments. I would highly recommend them to anyone whom may ask me"

"I've had two funerals there in the past year. The whole staff was very helpful, knowledgeable and kind. There was always someone available by phone to assist. They even have a bereavement 24 hour h)..."

We cherish the community we serve and invite you to join us for our upcoming events. 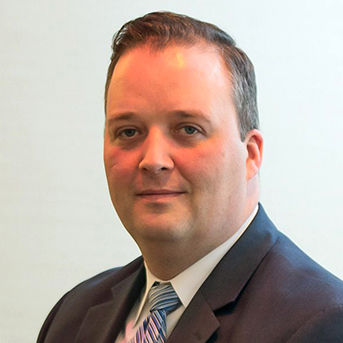 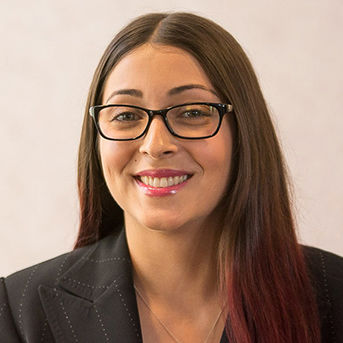