The history of Collins Clarke MacGillivray White Funeral Homes dates back to the 1840s. Today, we are a respected and compassionate provider of funeral and cremation services. Our team of funeral professionals takes great care in upholding our long-standing reputation of helping Montreal families create everlasting memories of their loved ones at three area locations. 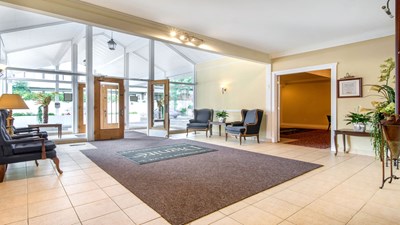 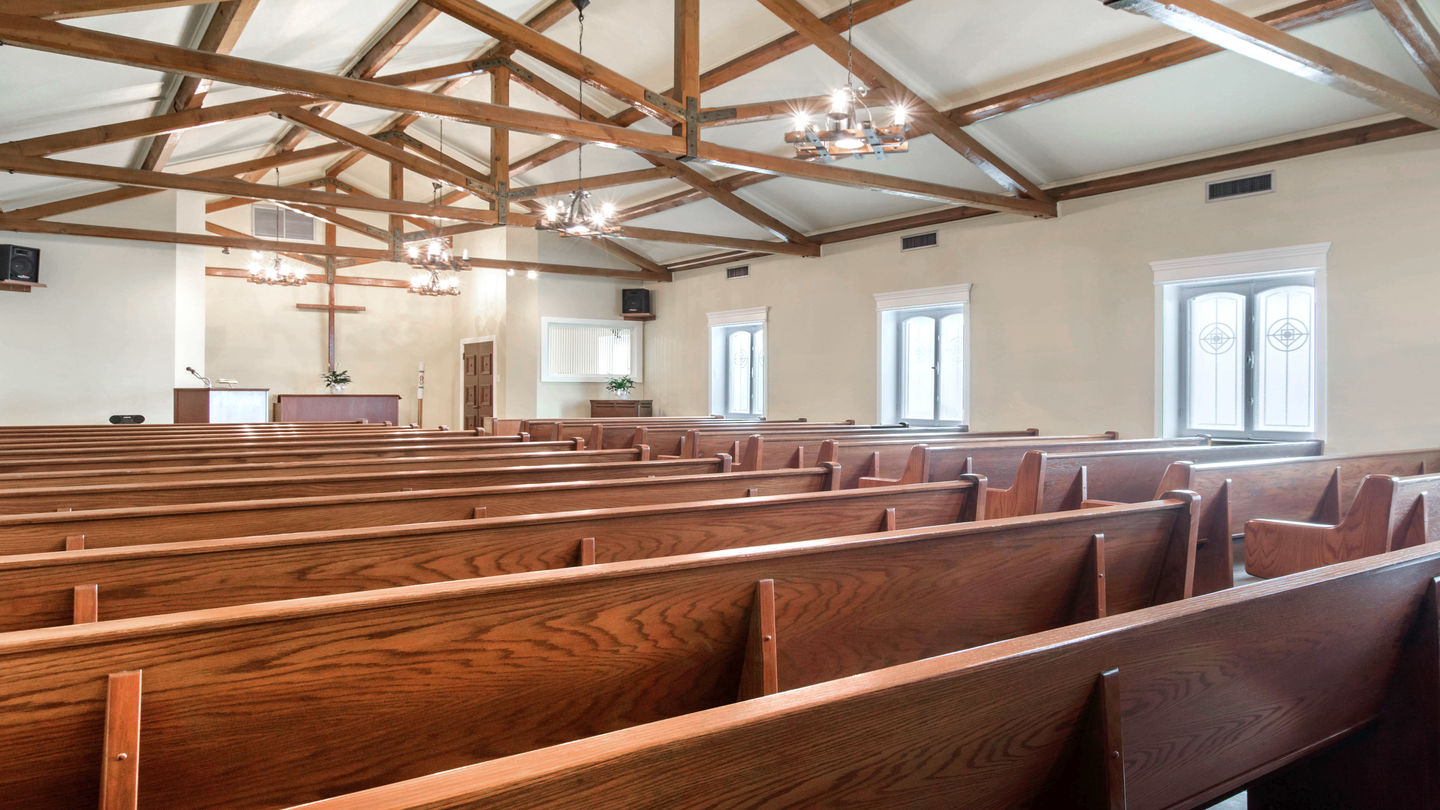 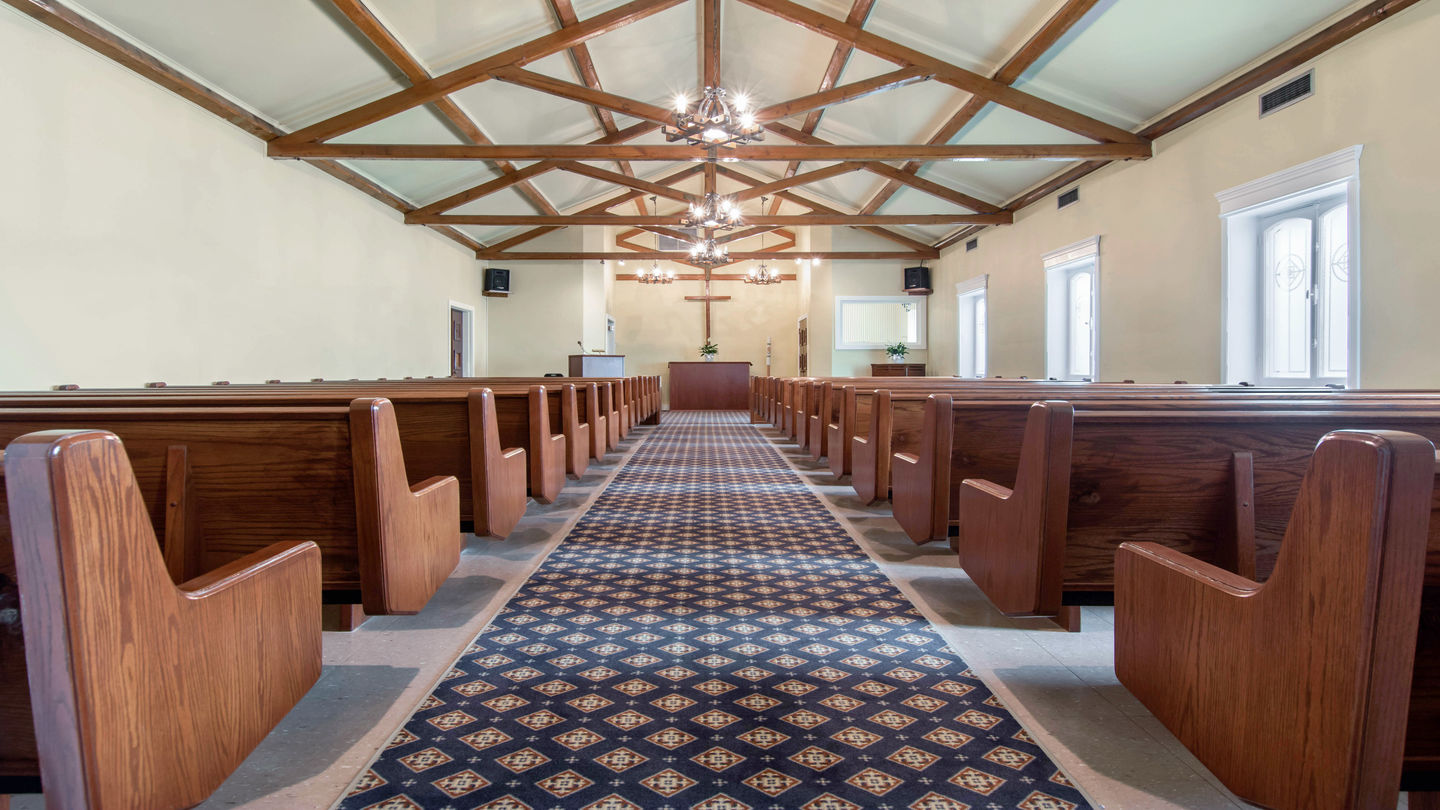 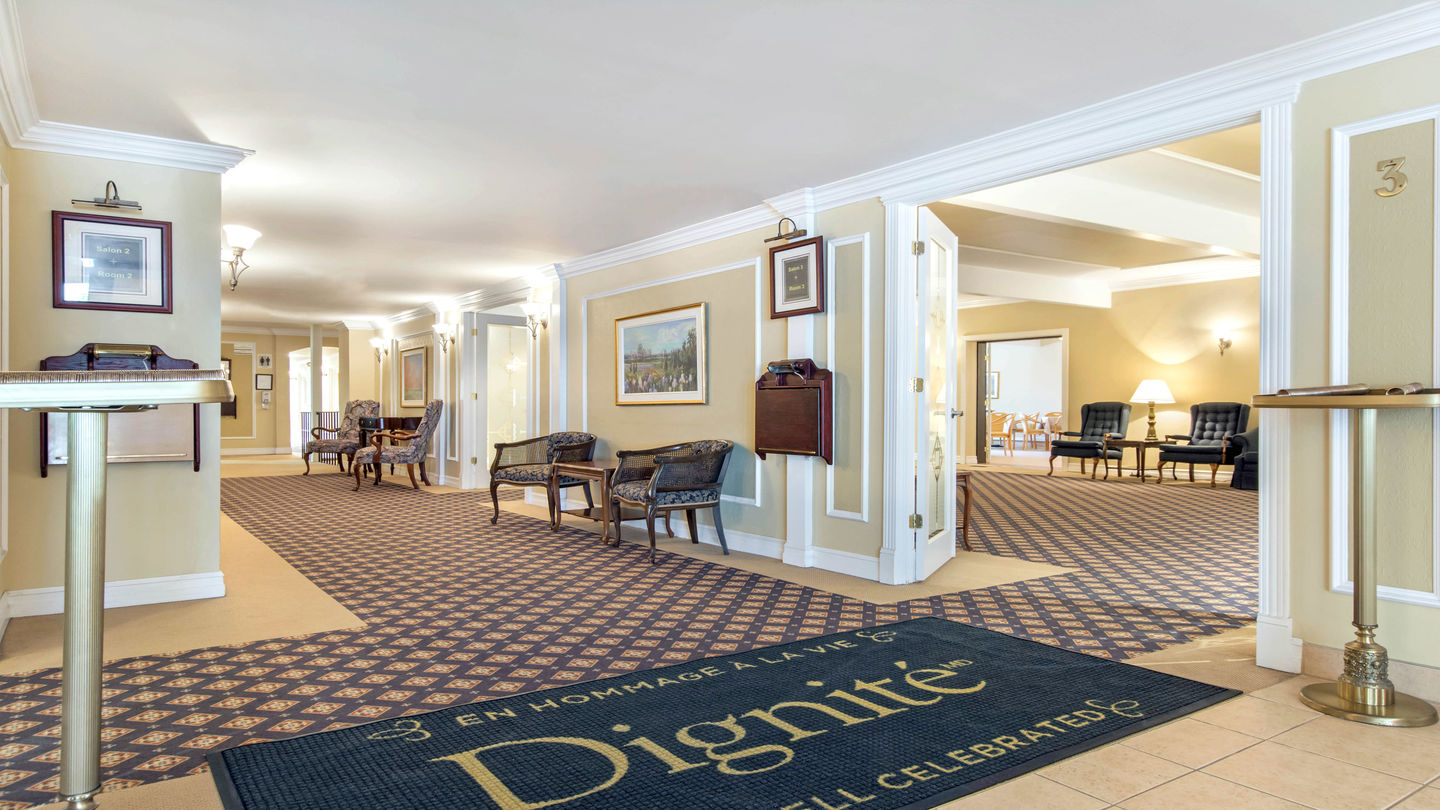 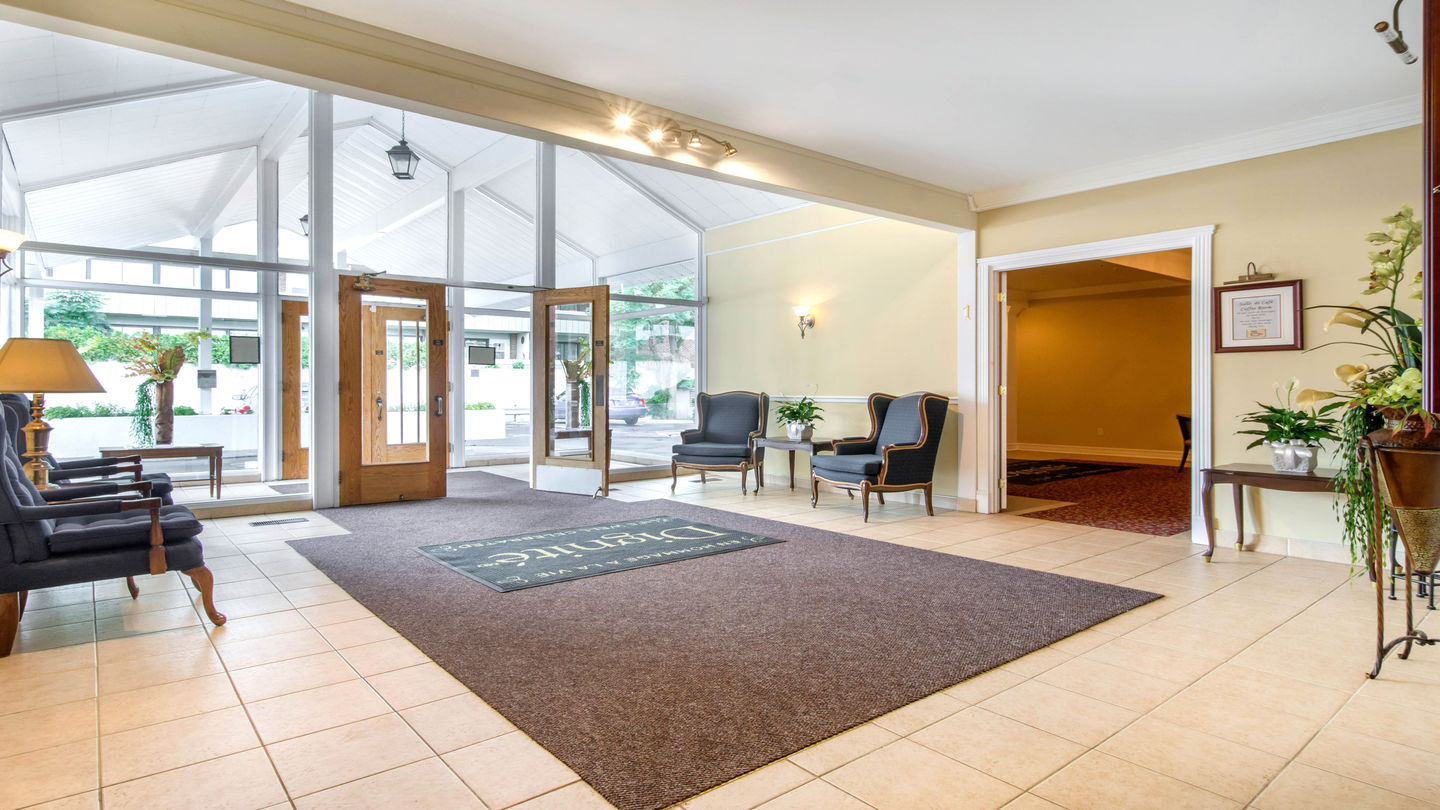 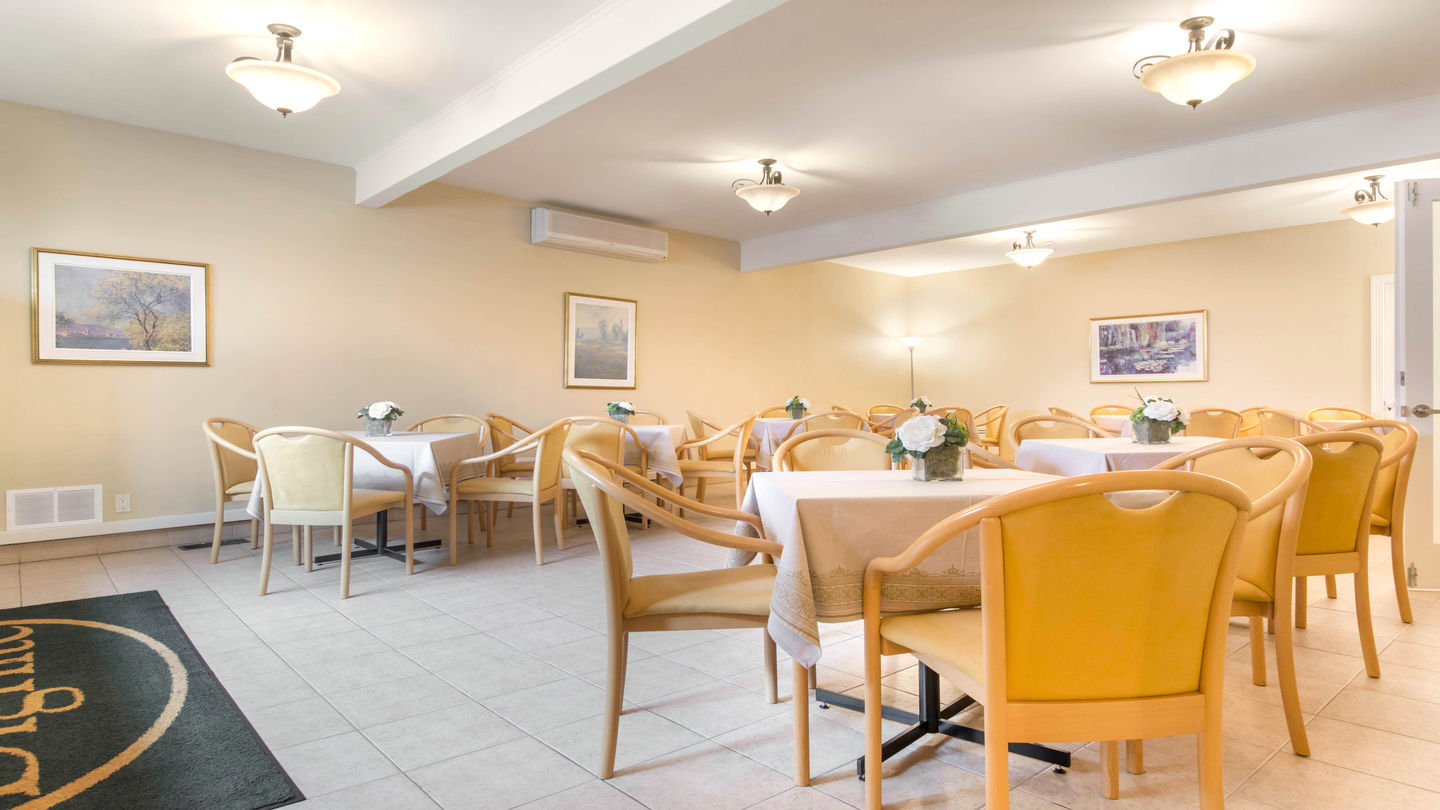 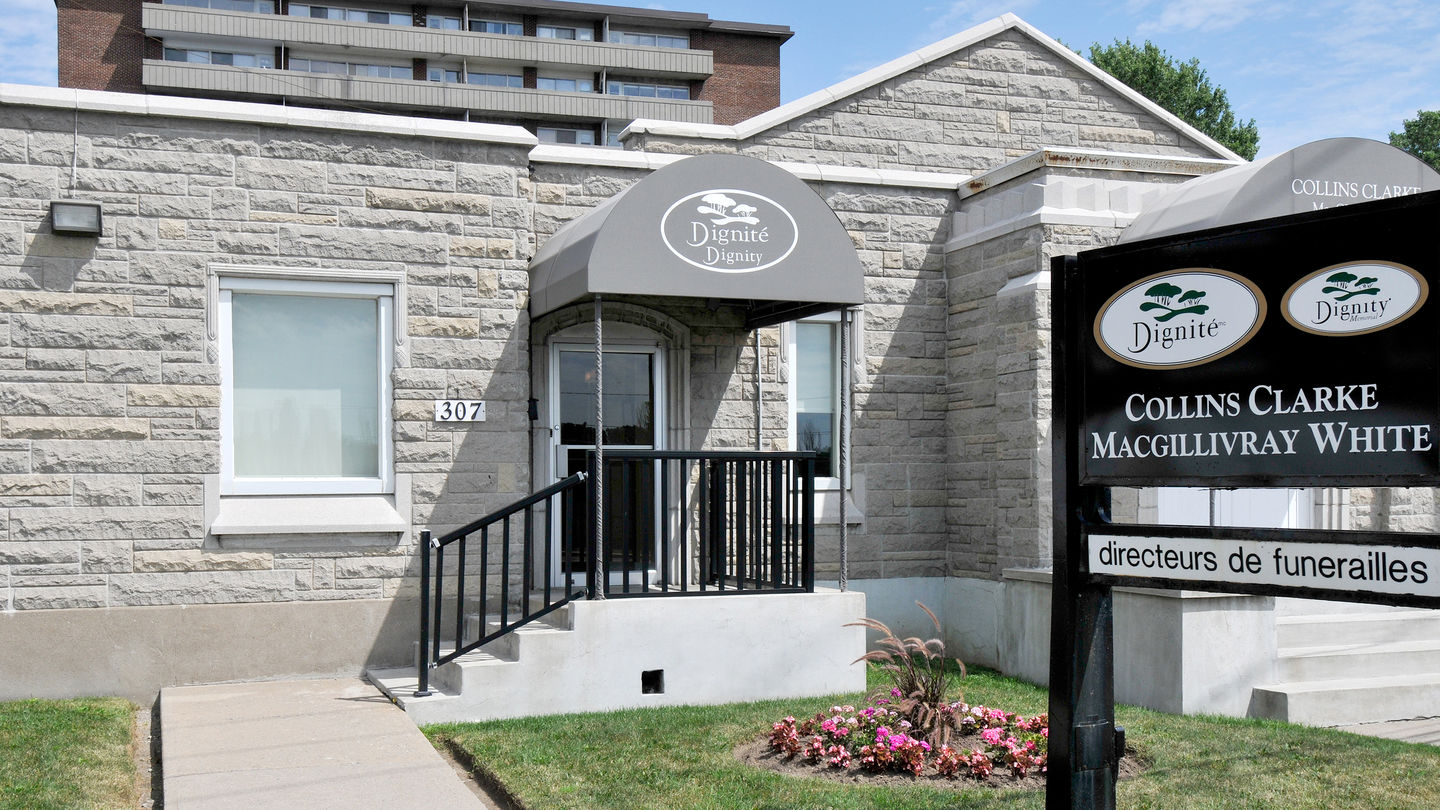 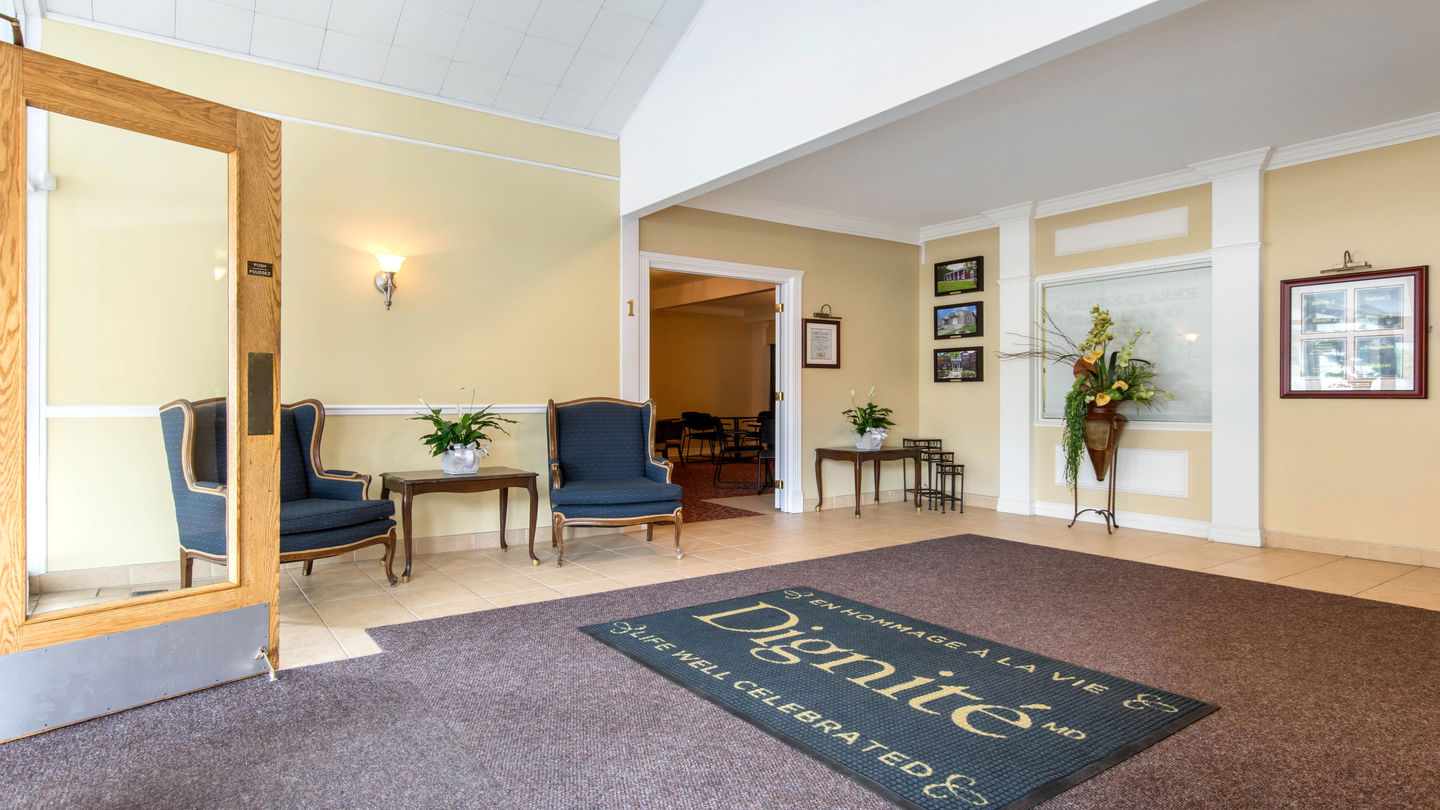 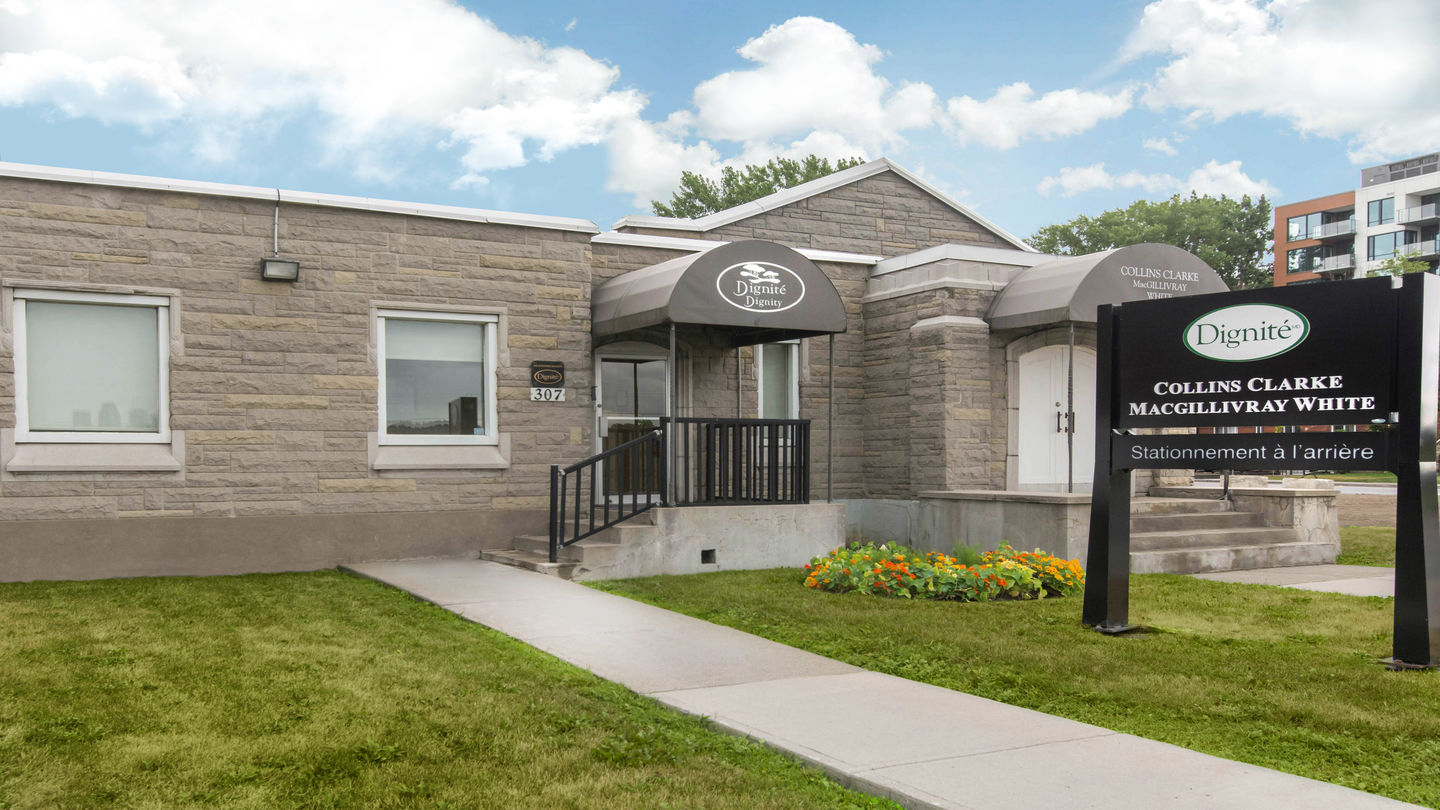 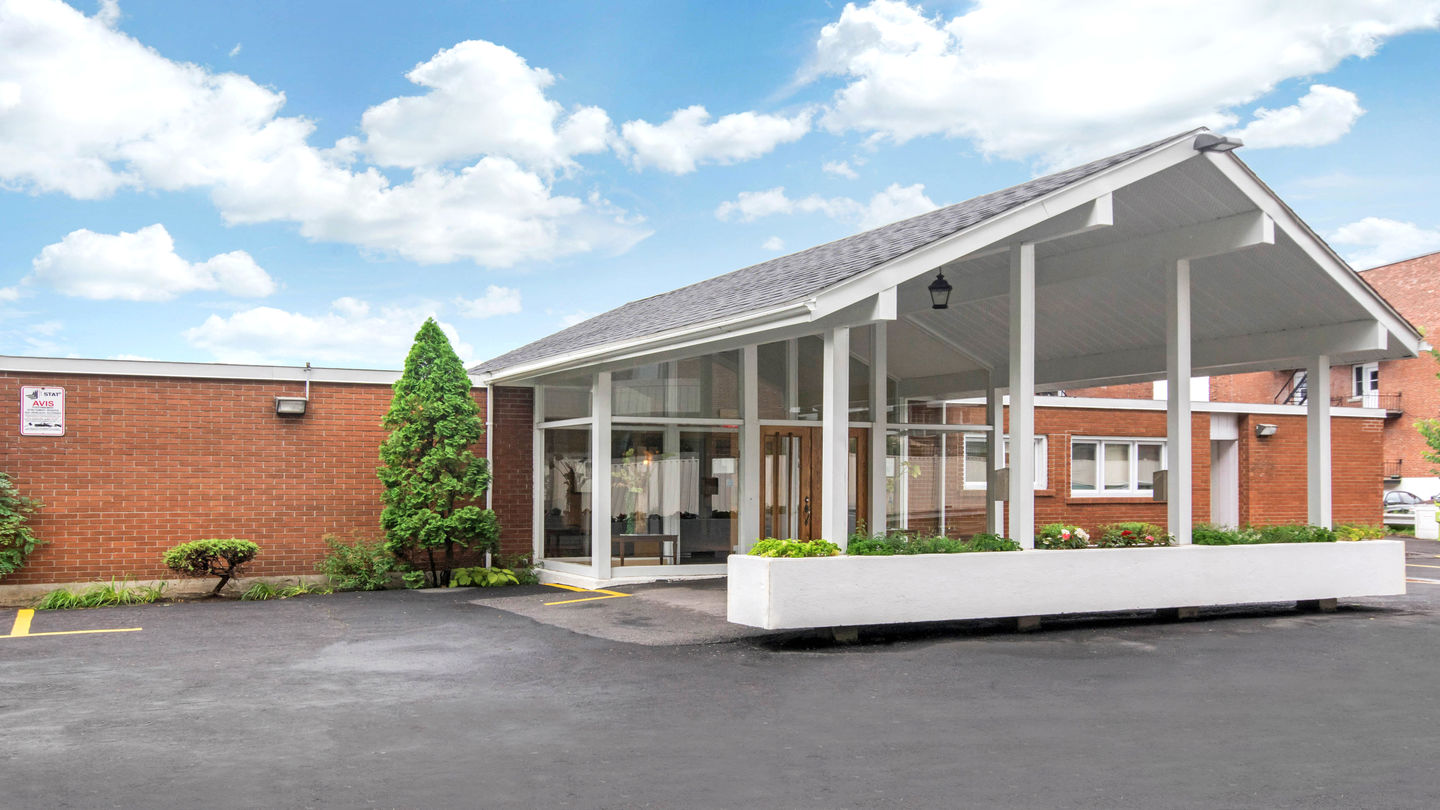 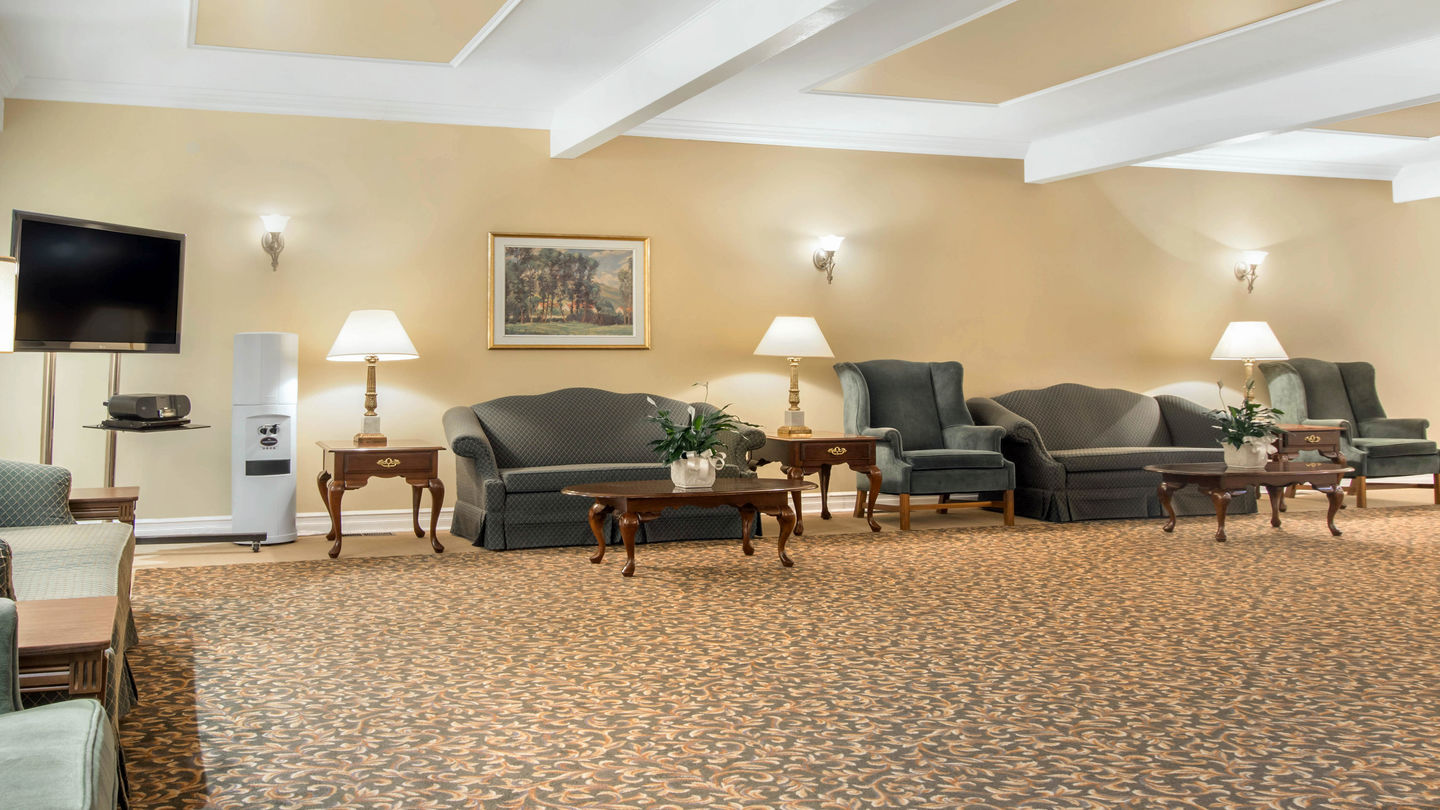 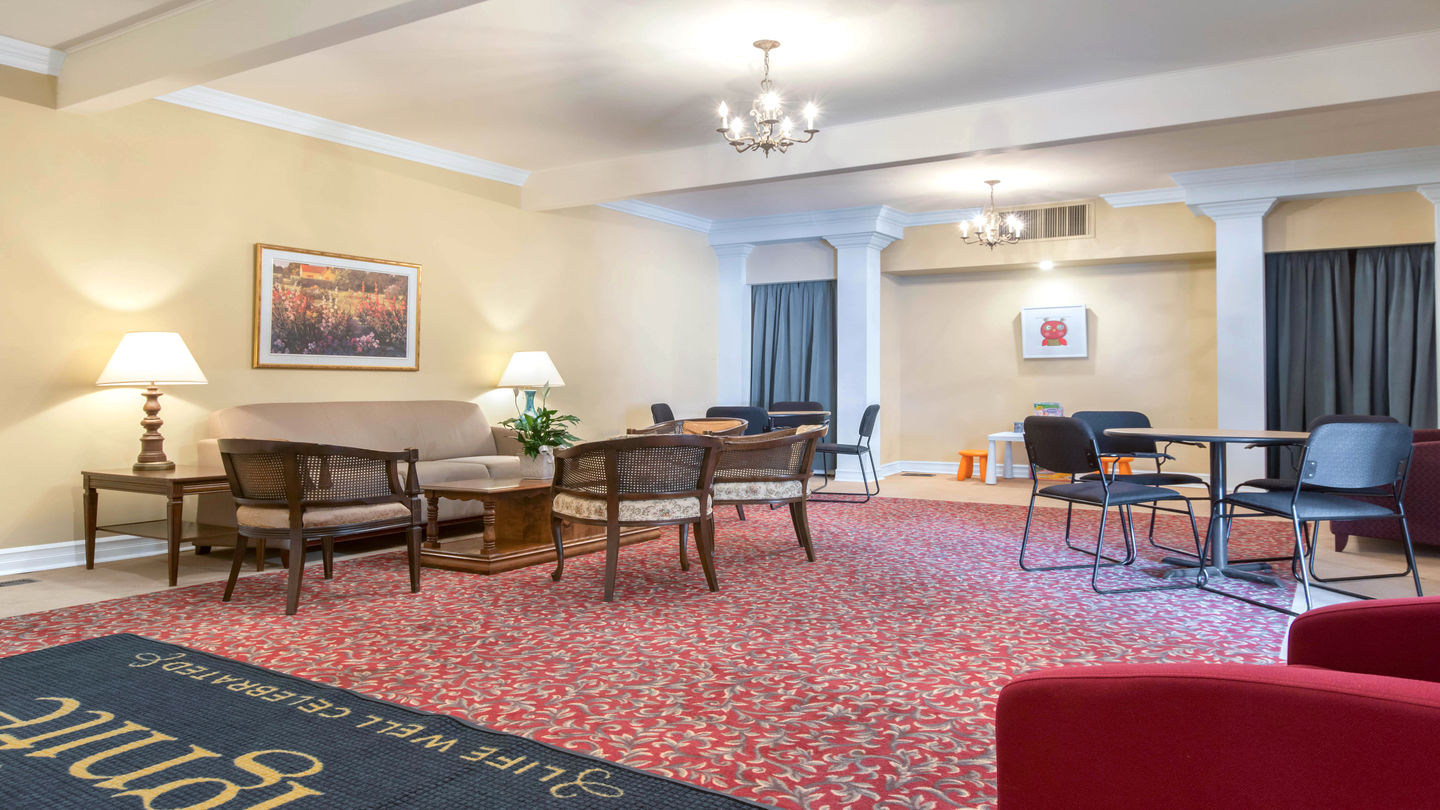 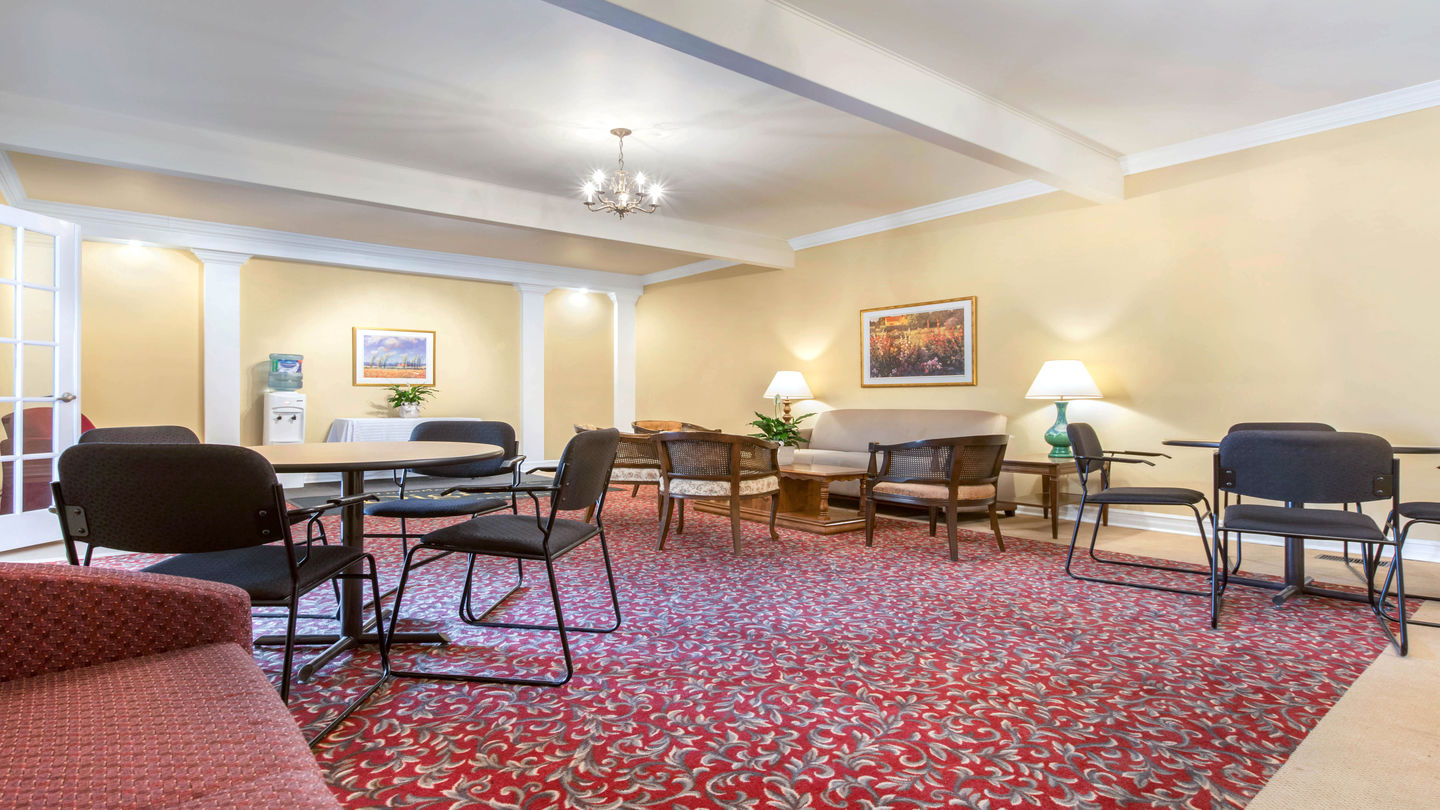 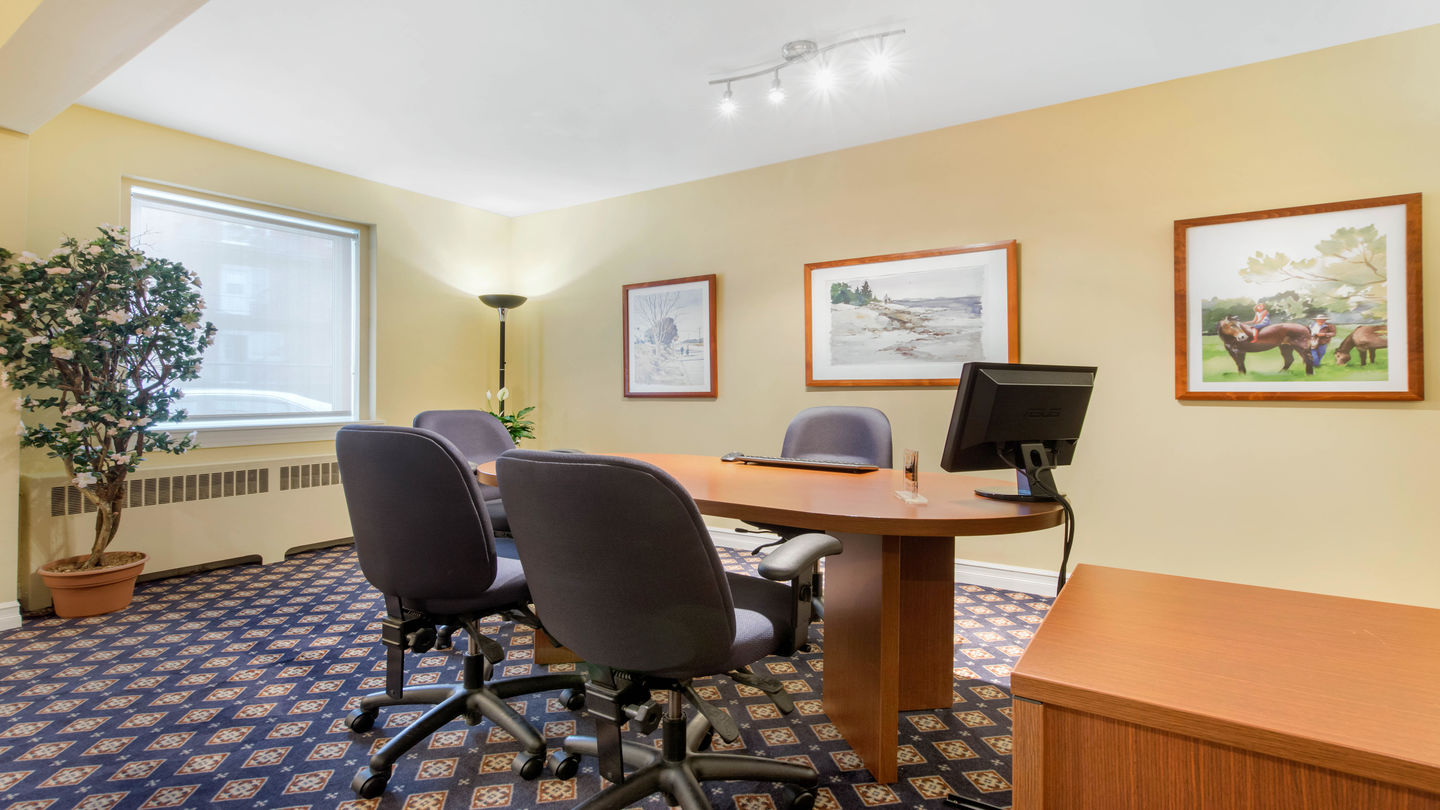 In a gray stone building on Promenade Riverside, the Saint-Lambert location of Collins Clarke MacGillivray White is welcoming and comforting. Our large chapel has wooden pews, lots of natural light and a cathedral ceiling. For more intimate services, large visitation rooms accommodate flexible seating. Should you wish to host a gathering of family and friends before or after a service, we have plenty of space to do that—and we can handle the catering.

Our team members find inspiration in our mission to support families in their time of grief. We are available to answer any question you may have, and we are also experienced in guiding you through every step of planning a service to celebrate a unique life.

How do we create a fitting tribute? We learn about your loved one and find out what mattered most to them, and we design a custom memorial or funeral services that speaks to his or her personality. Whether Mom loved to ski or Grandfather was a fisherman, we have ideas—from the perfect florals to personalized mementos, from musical suggestions to breath-taking processionals—that hit the right note and leave lasting impressions.

Conscious of the support we can bring to families, Collins Clarke MacGillivray White offers complimentary services that go beyond the day of the funeral. We host concerts, exhibits and lectures on various topics and offer innovative community programming such as Making Everlasting Memories, Escape School and Smart and Safe Seniors.

As members of the Dignity Memorial® network, Collins Clarke MacGillivray White Funeral Homes give you not only the familiar attention you expect from a locally operated funeral home but also the value you deserve. For your convenience, we have additional funeral home locations in Montreal and Pointe-Claire.

Please contact us if you need immediate assistance or would like more information on how our team can help your family celebrate a life.

The history of Collins Clarke MacGillivray White Funeral Homes is really the combined history of three long-standing Montreal funeral parlours dating back to the 1800s that joined together in the 21st century.

The first D.A. Collins Funeral Home opened in the early 1920s, in Notre-Dame-de-Grâce. It quickly earned a reputation for quality service among the Anglo-Protestant community. In the early 1960s, it opened a second Montreal location, in Pointe-Claire, to serve families living in the West Island.

At the end of the 1930s, Clarke MacGillivray White Funeral Home opened on Monkland Street, serving mainly Catholic-Anglophone families. In the mid-1940s, it moved to Sherbrooke Street West.

In 1932, J.W. MacGillivray opened a funeral home in Saint-Lambert.

The three funeral homes each grew and evolved throughout the decades.

In 2001, Collins Clarke MacGillivray White absorbed Wray Walton & Wray, and the business became part of the Dignity Memorial® network of funeral, cremation and cemetery providers. Collins Clarke MacGillivray White Funeral Homes continues to serve the Anglo community of Greater Montreal, while welcoming more and more French families, as well as those from other ethnic communities.