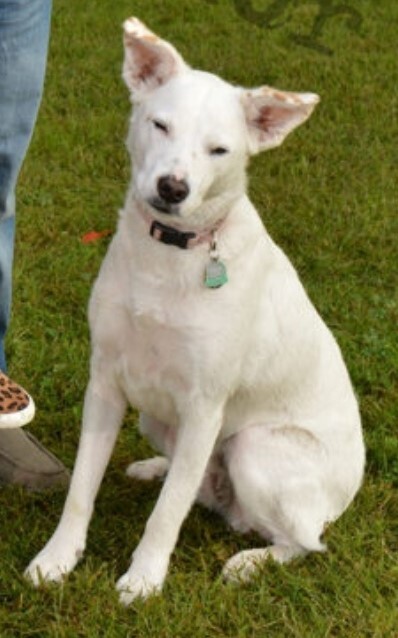 Jackie works every day at Gearhart Funeral Home in Coon Rapids, Minnesota. She's a tireless support to families making funeral arrangements for their loved ones. Funeral professionals are typically experts in knowing exactly the right thing to say, but not Jackie. She's a dog—and dogs can't talk. That does not, however, prevent the Labrador mix from providing solace to people in their darkest hours.

Jackie is what’s known as a “final visit” therapy dog. She is also the only such animal at a Twin Cities-area funeral home. Adept at nuzzling, snuggling, receiving pets on the head and knowing when rolling over for a belly rub would lighten the mood, Jackie is available for people who are planning a funeral as well as those who are attending one.

Gearhart General Manager Ryan Scharfencamp had long been interested in a therapy dog when he found Jackie in a shelter in 2018. On a whim, Scharfencamp and his daughter visited the local animal shelter, where they spotted the 8-month-old pup. She'd been relocated from a shelter in a neighboring state due to an impending storm, and they fell in love with the spirited animal right away. After obedience training and six weeks of service-dog training, Jackie was ready for her exam with Therapy Dogs International. She has been greeting families and sitting at the feet of brokenhearted spouses, children and parents ever since. 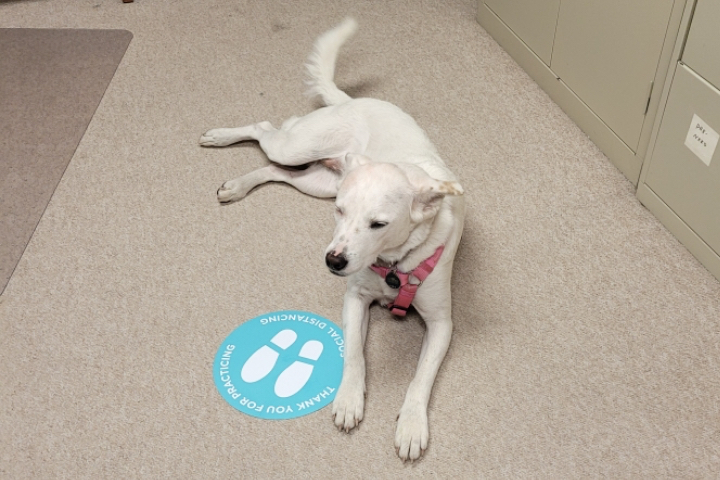 Therapy dogs have long been used in environments where stress is high, making comforting visits to nursing homes, homeless shelters and schools. Final-visit therapy dogs are less common, but Scharfencamp is hopeful they will become more mainstream. Research has proven that interacting with animals reduces stress-related hormones, lowers blood pressure and anxiety, and can improve a person's mood. Therapy dogs can often stabilize intense emotions, and Scharfencamp has seen that firsthand.

Jackie lives with Scharfencamp and his family, which includes two cats that the dog enjoys playfully pestering. But when it’s time to go to work, Scharfencamp puts on her uniform—a harness and bandana—and they head out for their mutual calling: to help families in a time of great need.